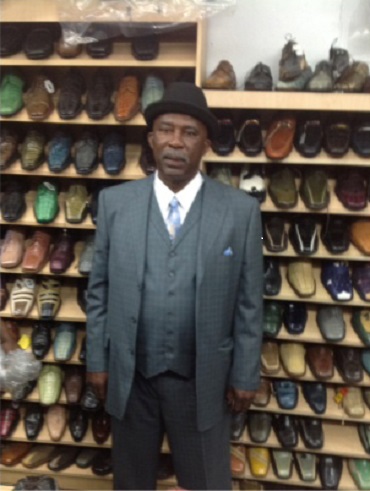 MIAMI, Fla. – Rasool’s Menswear is a family owned and operated business in Miami, which was established by Rasool Malik and his loving wife, Guana B. Malik, in 1985.

Rasool’s, the store, began as an urban store of 600 square feet and 24 years later has evolved into a 6,000b square feet wall-to-wall “men’s paradise.”

The second son of modest, working-class parents, Rasool Malik was born in 1953 to William K. Mickens and Aline White, in the beautiful city of Miami. “Building a strong foundation was a difficult challenge, and I could not accomplish it without a mentor,” says Rasool.

“I give thanks Allah for Imam W.D. Mohammed for his spirit-filled teachings that helped me to establish my life with my wife of 26 powerful years, Guana B. Malik. We have been blessed with eight business-driven children. Al Hamdullah (Praises be to God).”

Rasool explains that he and his wife started their first business venture in 1979. “We opened a 24-hour restaurant called Steak, Fish & Takes. We did our best to employ many Believers. In 1980, we opened a mall named Bilalian Mall, which housed various business stalls. Following the mall venture, we opened a second restaurant that following year in 1982.”

When business got tough in the restaurant industry, the Rasools decided to downsize by opening a hot dog cart business in 1983. To their surprise this venture was very lucrative, and they had a total of eight successful hot dog carts on the streets of Miami.

In 1985, their first strip mall was built with 10 beautiful store fronts. The project cost approximately $375,000. Most of the labor was performed by African American contractors and sub-contractors.

“Because the rent we collected was low, we could not meet the mortgage and other expenses, so we went on to try our hands at a Halal Meat Store. But it needed more Muslims support in order to succeed. Unfortunately, we were forced to go back to the drawing board,” Rasool says.

“Over the years, we pursued other business ventures, which included a second restaurant business and a beauty supply store. It wasn’t until 1985 that we finally found our niche in the retail industry. Thus, the birth of Rasool’s, men’s clothing and shoe boutique,” he says.

Now, more than 20 years later, the store Rasool’s has become a household name throughout South Florida and is one of the most sought after boutiques for fine men’s apparel and also along the east coast. There is also the Rasools online store at www.rasoolsonline.com