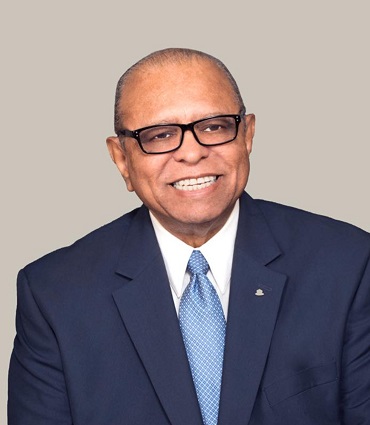 Member of NC House of Representatives

Nasif Majeed is a member of the NC House of Representatives District #99 in Northeast Charlotte.  He is a businessman, community leader and served for eight years on the Charlotte City Council.  Majeed has served on the Charlotte Mecklenburg Planning Commission, Charlotte Housing Authority Board and the North Carolina Commission on Education for Economic Growth.

He is a graduate of North Carolina A&T State University earning a BS in Business Administration and a Masters in Agricultural Education.  He is a decorated United States Air Force combat pilot.  Majeed was a Captain and Aircraft Commander of a B-52 Strategic Bomber, flying over 120 combat missions over North Vietnam.  He later was a pilot with Piedmont Airlines, now American Airlines. He was the Aviation Director for the Nation of Islam in Chicago and worked with Imam W Deen Mohammed to establish the American Coalition for Good Government, a national political education organization under his leadership.

Majeed is the former owner of a Burger King franchise located in Charlotte.  For fourteen years he served as a Clinical Chaplin with the North Carolina Department of Corrections.  Majeed is an Assistant Imam at Masjid Ash-Shaheed in Charlotte.   He is the father of four children and seven grandchildren.