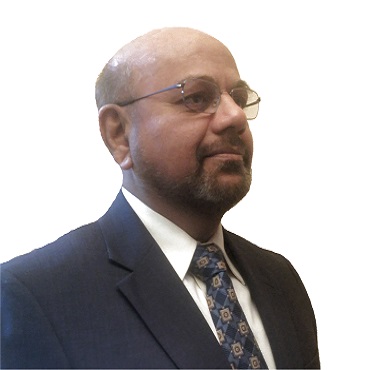 Dr. Nadeem Iqbal is the Founder and CEO of Softcorner Corporation, a business and technology consulting company in Research Triangle Area of North Carolina. A dynamic leader within the Muslim American community in North Carolina, his contributions can be felt throughout the U.S. and beyond. He is a lifelong promoter of inclusion of all communities into each other’s business and cultural activities and has done that through organizing various social, cultural, and business organizations open to all. Over thirty years ago he co-founded the Pakistani Student Association at NC State University, Raleigh, and then served as a founding member of the Pakistani American Association contributing to its vision of integrating Pakistani community in the United States. Dr. Iqbal made his biggest contribution when he materialized his ground-breaking vision of celebrating Muslim Eid as an American Holiday Event by establishing a non-profit organization “NC Eid Festival, Inc.” in 2007. This organization works with the Town of Cary to celebrate Eid as “Festival without Borders” during the holiday season.

He is also among the very few who laid down the foundation of the largest Islamic Centre in Raleigh, North Carolina, now serving thousands of area Muslims. He also has served in community leadership roles in various political organizations, including “Muslim American Public Affairs Council” of North Carolina and “Triangle for Obama”, and is a staunch media advocate for more than twenty five years.

In his professional life, Dr. Iqbal has served at Shaw University for over eight years and brought over $1.2 million to the institution for the development of Physics and Computer Science Curricula, infrastructure, and internet backbone, and for training faculty and students in the use of new technologies while worked with the CONCERT. He also served on Wake County Educational Board to build the Magnet School in East Raleigh. He also has over twenty years of experience in various technologies ranging from Software, networking, wireless products to smart electric, water, and gas metering systems.
Dr. Iqbal is currently working with National Muslim Business Council to bring American Muslim Immigrant and local Muslim communities in the Triangle area to work closely to achieve economical and social goals together. On a long term basis, he is also working on his ultimate dream of building an “Alhamra Complex” in the Town of Cary that will serve as a Research, Educational, and Cultural Centre for all to create a “Two Way Street” of learning and understanding between all of us to live in peace and harmony with each other.