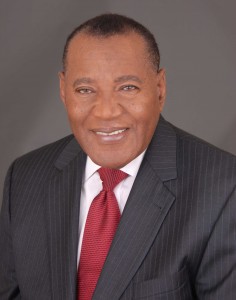 I was labeled mentally retarded. They told my mother I would never be nothing.”

Joe Louis Dudley Sr. was held back twice by the time he reached the 11th grade, but he never gave up, because of something his mother Clara Yeates Dudley told him: “Prove them wrong, Joe,” and he did.

Dudley went on to eventually earn a Bachelor of Science degree in Business Administration from North Carolina Agricultural and Technical State University in Greensboro. It was clear that failure wasn’t an option for Dudley.

In 1957, Dudley was living in Brooklyn, New York. He invested $10 in a Fuller Products sales kit in 1957, and began selling hair care products door-to-door in African-American neighborhoods. He turned that $10 investment into a multi-million dollar empire called DudleyQ+Brand. He and his wife, Eunice Dudley, used The Fuller Products door-to-door sales strategy to build their own empire. The company produces a number of beauty items and has trained 30,000 cosmetologists from around the world; he’s become one of the world’s most sought after entrepreneurial masterminds.

Joe and his company was featured in Chris Rock’s 2009 documentary “Good Hair,” the company is one of only a handful of African-American-owned companies manufacturing hair products for the African-American community.

The company has been listed in the top 50 in Black Enterprise Magazine’s Top 100 Black Owned Businesses. Throughout his tenure, Dudley Cosmetology University in Kernersville, and 4 strategically located schools in the Dudley Beauty School System (DBSS) were created. He received President George Bush’s 467th Point of Light Award for Dudley Fellows and Ladies Program; he was inducted into the DSA Hall of Fame, and is the author of “Walking By Faith, I AM, I CAN, & I WILL! The Story of How Joe L. Dudley, Sr. Walks by Faith” and the list goes on.

Joe Louis Dudley’s influence is undeniable. “Mr. Dudley told me my goals weren’t big enough. What I learned is to step it up and strive for more. Set the bar high to achieve a greater goal,” said Randall K. Smith, Dudley distributor in Atlanta, Georgia.

Ursula Dudley Oglesby, daughter and now president of Dudley Beauty Corp, LLC, said, “My father has taught me to never give up. We teach our customers that no matter what obstacles come your way, to keep fighting & to be persistent. As a result, one of my passions is to educate the professional about business so that they can be successful.”

The Dudley brand will celebrate its 50th anniversary Sept. 23-25 in Winston-Salem during its annual Educational & Motivational Symposium, three days of hands-on and interactive classes for professional cosmetologists and cosmetology students. The event will include a Blue & Gold 50th Anniversary Gala & Show.

During my interview on the Winston Salem Chronicle YouTube channel, Mr. Dudley shared a funny story, on how getting his heart broken as a child, played a big role in his success as well.